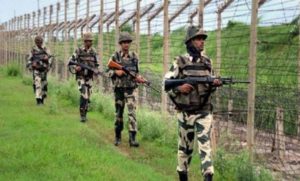 The Pakistan Army recently moved 20,000 soldiers to the Gilgit-Baltistan region. The army is to deploy them along Line of Control. This is being done to match Chinese deployments along Line of Actual Control.

The level of troops moved by Pakistan is more than what the country did after Balakot air strikes. The build up of forces would require additional responsibility for the Indian Army that has already deployed its forces along LAC, especially in Ladakh to counter China.