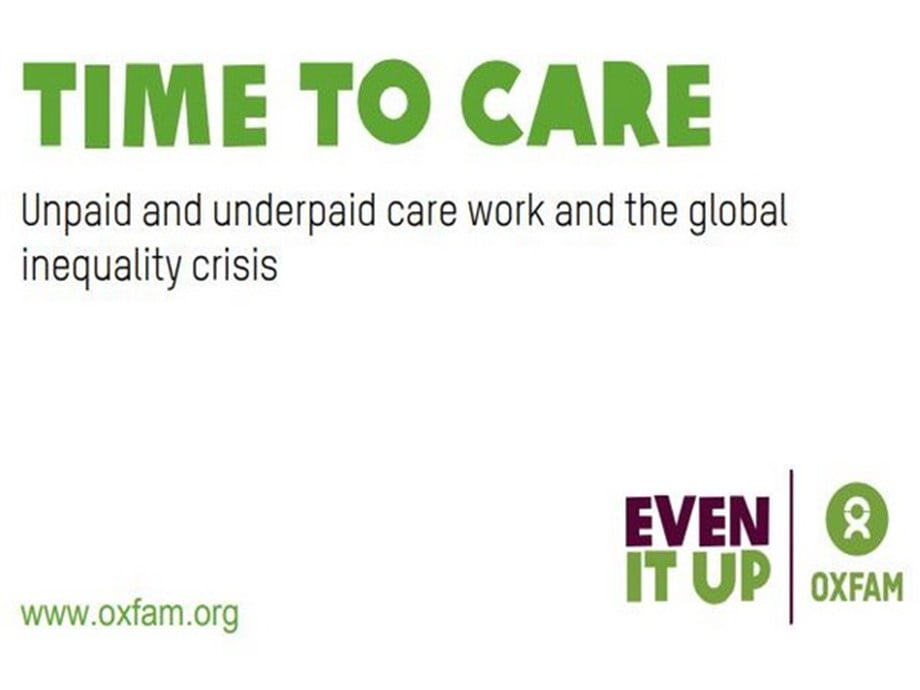 Oxfam, a confederation of charitable organizations and rights group has released the ‘Time to Care’ report on Monday, 20th January 2020. The report focussed on global inequalities. As per the report, inequalities pertaining at the global level is deep-rooted and vast while the number of billionaires has doubled in the last decade. In 2019, there were a total of 2,153 billionaires in the world, all combine having more wealth than about 60 percent of the global population (4.6 billion people). The report stated that the current scenario has to change as the governments across the world must work on developing an economy that truly matters to society and must be a feminist.

It also revealed a comparison that the total wealth of 63 Indian billionaires is higher than the total Union Budget of India for the fiscal year 2018-19 (Rs 24,42,200 crore). The report suggested steps for inclusive development by taking gender inequalities measures. As per the report, a female domestic worker working in 2019 will take 22,277 years to earn what a CEO of a private multinational technology company earns in a year.