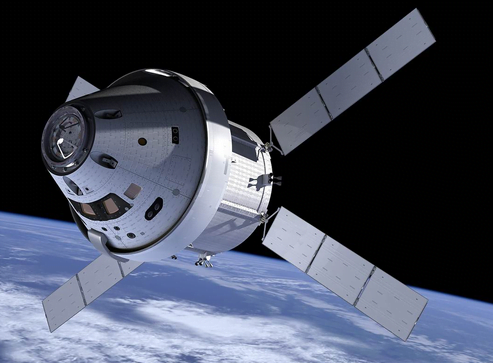 NASA’s asteroid-chasing spacecraft Osiris-Rex successfully swung by Earth to put it on desired trajectory towards near earth asteroid Bennu using Earth’s gravity. It passed within 17,237 kilometres from Earth above Antarctica.
During closest flyby, Osiris-Rex’s science instruments were tested by scanning Earth and moon as a practice for its operations at Bennu.

The OSIRIS-REx (Origins, Spectral Interpretation, Resource Identification, Security, Regolith Explorer) mission was launched in September 2016 for studying 101955 Bennu, a carbonaceous asteroid. It is NASA’s first asteroid sampling mission. Japan already has visited an asteroid and returned some specks.
The spacecraft will reach small, roundish asteroid in 2018 and return to Earth after collecting some of its gravels by 2023. It will capture 2 ounces of dust on asteroid using its robotic arm without landing i.e. by hovering like a hummingbird stirred up by nitrogen gas thruster  and then begun its return trip to earth.

101955 Bennu is near-Earth carbonaceous asteroid about the size of a small mountain in the Apollo group. It was discovered in September 1999 by the LINEAR Project.

NASA scientists believe that Bennu asteroid holds clues to origin of solar system and life and source of water and organic molecules found on Earth. Material returned from asteroid is expected to enable scientists to learn more about the formation and evolution of the Solar System. It will also give insights of initial stages of planet formation and the source of organic compounds which led to the formation of life on Earth.