Open Defecation Down by 47%: WHO Report 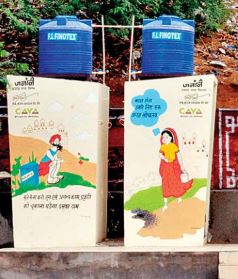 A WHO/UNICEF Joint Monitoring Programme (JMP) has made the following observations:

The Swachh Bharat Mission was launched by Prime Minister Narendra Modi in 2014 to achieve clean and open defecation free India by October 2, 2019. The mission involved generating demand for toilets leading to their construction and sustained use by all household members, promoting better hygiene behaviour amongst the population and improving cleanliness by initiating solid and liquid waste management projects.

PM Modi has been awarded Global Gatekeeper Award for his exemplary leadership under the Mission.