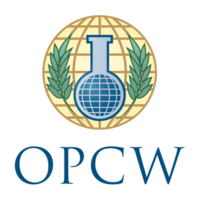 The world’s foremost chemical weapons watchdog, Organisation for the Prohibition of Chemical Weapons (OPCW) as granted itself new powers to help identify those responsible for chemical attacks in Syria. 82 members (exceeding required two-thirds majority) of the OPCW voted in favour of this proposal tabled by United Kingdom at special session of Conference of States Parties in The Hague. 24 countries including Russia, Iran and Syria voted against it.
With enhanced powers, OPCW now can put in place arrangements to identify the perpetrators of use of chemical weapons in Syria. It is considered as important step forward for arms control. It strengthens unravelling consensus against use of chemical weapons.

Until now, OPCW was only able to say whether chemical weapons were used – but not who had used them. It had limited power to only send teams to alleged chemical weapons attack, collect samples and draw their conclusions. They were having only limited power of determining whether attack is chemical weapons or not. But whatever evidence they turned up, they were not having powers to point finger at particular country or non-state actor as the perpetrator for the attack.

Organisation for the Prohibition of Chemical Weapons (OPCW)

OPCW is an intergovernmental organization that promotes, administers and verifies the adherence to the Convention on Prohibition of Development, Production, Stockpiling and Use of Chemical Weapons and on their Destruction (CWC). This convention outlaws production, stockpiling, and use of chemical weapons and their precursors. 190 member-states have signed and ratified this convention including India. Six states- Angola, Egypt, Israel, Myanmar, North Korea and South Sudan are still outside the CWC. OPCW was established April 1997 and it is headquartered in Hague, Netherlands. It was awarded Nobel Peace Prize in 2013 for overseeing global endeavour for permanent and verifiable elimination of chemical weapons.