One Nation One Card scheme kick-started in four more states 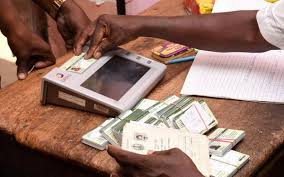 The Ministry of Consumer Affairs has started the ‘One Nation One Card’ scheme in four more states of the country, namely, Jammu and Kashmir, Manipur, Nagaland and Uttarakhand. All these states have been integrated into this platform and with this move; this scheme is now operational in 24 states / UTs in the country.

One Nation One Card Scheme

Implementation of the ‘One Nation One Card’ Scheme

Under this scheme, the National Food Security Program is also included and after the present inclusion, about 65 crores (80 per cent) of the total NFSA population is now enabled for receiving the food grains anywhere in the states /UTs covered under this scheme of national portability of ration cards. The remaining states / UTs will be integrated into this scheme by March 2021, according to the Union Minister of Consumer Affairs, Government of India.