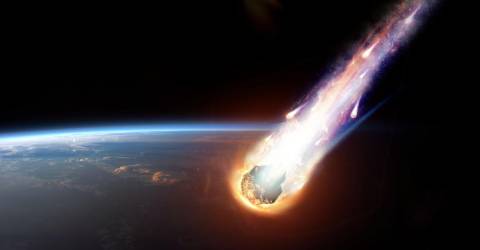 In 1969, a meteorite crashed into the rural southeastern region of Australia, according to a research work published in the scientific journal Proceedings of the United States non-profit, non-governmental organization, National Academy of Sciences on Monday, 13th January 2020, the meteorite contained the ‘Stardust’ the oldest material ever found on Earth. As per the researchers, 40 tiny dust grains from about 2.5 billion years before our solar system existed are trapped around the meteorite which is dated from about 7 billion years ago. Around 60 percent of ‘presolar grains’ from the Stardust particle is expected to be between 4.6 billion to 4.9 billion years ago, a little about 10 percent dated back to 5.6 billion years ago.

The presolar grains are small, from 2 to 30 micrometers in size, which were detected by the researchers by crushing fragments of the meteorite and then separating the component parts in a paste. Previously the oldest presolar grain of 5.5 billion years ago was found in a meteorite that crashed in Murchison, New Zealand.