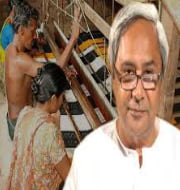 The Odisha Government has launched the Biju Kanya Ratna Yojana (BKRY) for the development of girls in three districts of the state.
The scheme was launched by Chief Minister Naveen Patnaik and will be implemented in Ganjam, Dhenkanal and Angul districts on a pilot basis for three years.
Key features of scheme