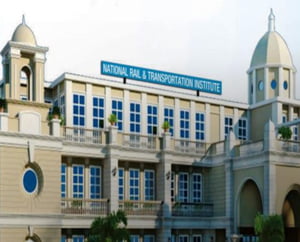 On 15 December 2018, Union Railways Minister Piyush Goyal has dedicated India’s first railway university to the Nation in Vadodara. The Railway University will be first of its kind institution in the nation and the third in the world after Russia and China.

The National Rail and Transportation Institution (NRTI) started its operation on September 5 earlier this year. The first batch of the university has already been shortlisted and consists of 103 students – 62 for BSc in Transportation Technology and 41 in BBA in Transportation Management. Both the courses are the flagship three-year programmes offered by the university.
The first batch of students has been awarded 50 per cent scholarship in the yearly course fee of Rs 75,000. The actual annual fee of NRTI for one year is Rs 91,000, including all other charges.
There are plans to start Master Degree programmes from the academic session 2019-20 in Transportation and Systems Design, Transport Systems Engineering, Transport Policy and Economics, and others.
The Railways Ministry has sanctioned Rs 421 crore for the NRTI and its curriculum development for the next five years. A greenfield campus is also under development for the university. Indian Railways has identified a 110-acre plot of land for the NRTI campus at Pipaliya village in Waghodiya Taluka, District Vadodara

The Government of India has granted complete exemption from basic health cess on import of oxygen-re...

The Ministry of Railways recently announced that it is to create a Green Corridor to ensure fast mov...