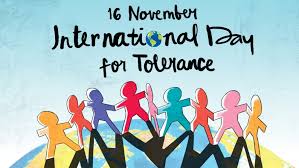 The United Nations General Assembly adopted the resolution to observe the International Day for tolerance in 1996.

The Madan Jeet Singh Prize is being awarded by UNESCO every year for the promotion of tolerance and nonviolence. The prize is awarded on International Day for Tolerance. The winner of the prize is presented with prize money of hundred thousand USD.

Madan Jeet Singh was an Indian diplomat. He was born in Lahore, British India in 1924. He took active participation in the Quit India Movement of Mahatma Gandhiji in 1942 against the Colonial rule of Britishers. Madan Jeet was imprisoned for his actions against the British government. He joined the Indian Foreign Service in 1953 and served various countries such as Greece, Yugoslavia, lost, Sweden, Spain, USSR, Sweden and Denmark. He joined as ambassador of India to UNESCO in 1982. In 2000, Madan Jit became the goodwill ambassador of the United Nations.

The UNESCO executive board created the UNESCO Madan Jeet Singh prize for promotion of tolerance and nonviolence for his lifelong devotion to the cause of peace and communal harmony.

The United Nations year for tolerance

The year 1995 was celebrated by the UNESCO as the United Nation Year for Tolerance. This was in connection with the 125th birth anniversary of Mahatma Gandhi ji. The celebrations of the year 1995 was funded by Madan Jeet Singh.