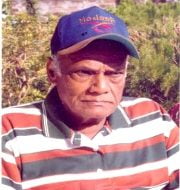 Noted Odia actor and director Gobind Tej passed away while undergoing treatment at a hospital in Bhubaneswar, Odisha. He was 88.
In his career spanning over 50 years, he has contributed in many Odia feature films either as an actor, director or producer.