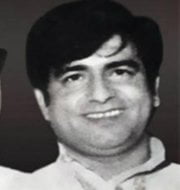 Noted music director Om Prakash Sonik passed away in Mumbai, Maharashtra after a brief illness. He was 77.
He was composer part of the Sonik-Omi duo consisting of Master Sonik (a blind music director) and his nephew Omi.