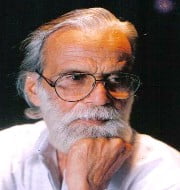 Notable Urdu poet, critic and orator Bashar Navaaz passed away in Aurangabad, Maharashtra. He was 80 years old.
He was known as an Indo Pak shayar as his gazals are popular in India as well as Pakistan.
About Bashar Navaaz