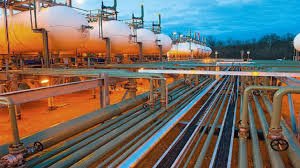 A Capital grant as viability gap funding of Rs 5,559 crore was approved by the Cabinet Committee on Economic Affairs on Wednesday, 8th January 2020 for setting up the North-East Natural Gas Pipeline Grid. The Minister of Petroleum & Natural Gas and Steel, Dharmendra Pradhan attended the press conference for the approval and said that the Gas Grid project for the North-Eastern part of India, will play a critical role in the implementation of the government of India’s ‘Hydrocarbon Vision 2030’.

The total cost for building the Gas Grid of 1656 Kilometers is estimated to be around  Rs 9,256 crore and is expected to be connected to the national grid as a part of the Urja-Ganga Project through Barauni-Guwahati Gas pipeline once completed. A joint venture of state-owned enterprises- ONGC, GAIL, Oil India, Indian Oil Corporation (IOC) and Numaligarh Oil Refinery of Assam (NRL) named Indradhanush Gas Grid Limited (IGGL) was established on August 2018 for implementation of the Hydrocarbon Vision 2030 for the North-East part India.