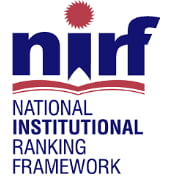 On June 11, 2020, the Ministry of Human Resource Development released National Institutional Ranking Framework (NIRF) for the educational institutions in the country.

The IIT Madras topped the list followed by IISc Bangalore. The third place was secured by IIT Delhi. The other institutes that were in the top 100 were IIT Bombay at fourth place, followed by IIT Kharagpur, IIT Kanpur, IIT Guwahati, etc.

The NIRF ranking promotes competition among the educational institutions  all over the country. The rankings have great importance as the performance of the institutions have been linked to “Institution of Eminence” scheme

The scheme is operated by the Ministry of HRD. IT aims to project Indian institutes to global recognition.