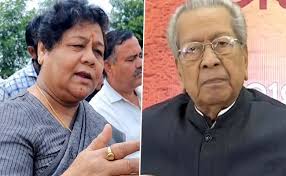 Articles 152-162 (in Part VI) of Constitution of India contain the provision related to Governors of states.

Article 153: States that there shall be Governor for each state. The same person can serve as governor for two or more states, this was facilitated by 7th Constitutional Amendment Act, 1956.

Article 155: States that Governor is appointed by President by warrant under his hand and seal. By convention, governor’s appointment is done on recommendation of Prime Minister of India.

Eligibility: He/she should be at least 35 years of age (Article 157). Person so appointed should not hold any other office of profit (Article 158).

Tenure: There is no fixed tenure of governor. He/she holds office at pleasure of President.