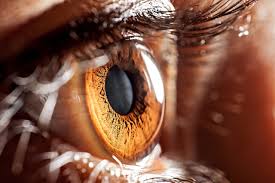 World Health Organization (WHO) has validated Nepal for having eliminated trachoma, a contagious bacterial infection of the eye. It makes Nepal first country in WHO’s South-East Asia Region to defeat trachoma, world’s leading infectious cause of blindness. The eye disease was second leading cause of preventable blindness in Nepal in 1980s. Its prevalence in Nepal has fallen by 40% following implementation of sustained control activities including national trachoma programme which provided incentives to local communities and districts to build and maintain latrines, measures that were crucial to improve sanitation and reduce disease carrying flies.
WHO Criteria used to assess country’s claim for having eliminated trachoma as a public health problem

It is an eye disease caused by infection with bacterium Chlamydia trachomatis. Infection is particularly common in young children. It causes inflamed granulation on inner surface of eye lids. It spreads through contact with infective eye or nose discharges. Ocular or nasal discharge can be transmitted directly from person to person or be mediated by flies which have been in contact with eyes and noses of infected people. Trachoma transmission is associated with poor sanitation and hygiene, which increase availability of eye discharges and encourage breeding of flies. It can be treated with antibiotics in case of children. Older people infected with it require eyelid surgery to cure it.

India had self-declared itself free from infective Trachoma in December 2017 after it met goal of trachoma elimination as specified by WHO under its GET2020 (Global Elimination of Trachoma by the year 2020) program.