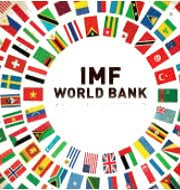 The Republic of Nauru, a tiny South Pacific island nation in Pacific Ocean became the 189th member of the International Monetary Fund (IMF) and World Bank i.e. Bretton-Woods institutions.
Nauru had applied for membership in the Washington-based IMF and World Bank in April 2014. Its initial subscription quota for IMF will be of SDR (Special Drawing rights) 2 million or about $2.81 million. It will be the second smallest member of the Fund, after Tuvalu.
Benefits to Nauru

Before Nauru, the last country to join the World Bank and IMF as 188th member was South Sudan in April 2012.

About Republic of Nauru