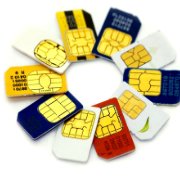 Nationwide mobile number portability (MNP) has become operational from 3 July 2015.
It became operational after major private mobile operators like Vodafone, RCom, Airtel, Uninor and Idea Cellular along with state-run BSNL and MTNL issued statements to launch MNP.
The operationalisation of nationwide MNP will allow customers to keep their existing mobile phone numbers while shifting between States and circles by changing operators. Prior to this, customers were only able to change their operator by retaining the same number only in the same state or telecom circle.
Thus this move lays the first foundation stone for the Union government’s ambitious ‘One nation, One number’ plan.
Background
In November 2014, Department of Telecommunications (DoT) had approved the national MNP recommendations of Telecom Regulatory Authority of India (TRAI).
TRAI had set the deadline to rollout full MNP on May 2, 2015. However it was extended on the request Cellular Operators Association of India (COAI) by two months till July.
Fact: MNP within a circle or state was first launched in Haryana in November 2010 and later was expanded to other circles. At present India is divided into 22 telecom service areas or circles.