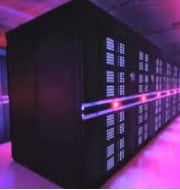 On October 21, 2020, the Department of Science and Technology announced that the third phase of National Supercomputing Mission will start by January 2021. The third phase of the mission is to increase computing speed to around 45 petaflops.

On October 12, 2020 the C-DAC and the National Supercomputing Mission signed agreement with the leading institutes of India. According to the agreement, manufacturing units and assembly units of super computers are to be established in the Premier Institutes of the country. This is considered as a major step towards Atma nearby Bharat Abhiyan.

The mission is being implemented by the Centre for Development of Advanced Computing C-DAC. It aims to empower the national academic Institutions and the research and development in the country to install supercomputing systems. The supercomputing grid is to be formed with more than 70 high performance computing facility. These supercomputers are to be networked under the National Knowledge network.

Bottom line all the three phases will provide high-speed high-performance computing facilities to more than 75 institutions in India. This will act as a backbone to the academicians and researchers working through the National Knowledge network.

The petaflop is a measure of processing speed of computers. It is expressed as thousand trillion floating point operations per second.