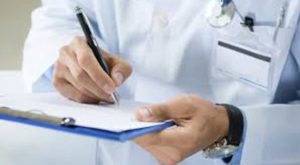 The National Non-Communicable Disease Monitoring Survey (NNMS) was recently released in India by the Ministry of health. The survey was conducted for the period of 2017-18. This is the first of its kind of a comprehensive survey on NCDs. It covers the age groups of 15-69 years, males and females from the urban and rural areas.

Findings of the NNMS report

It is the largest comprehensive national Survey on risk factors and health systems preparedness of non-communicable disease (NCD). It also provides framework on the use of telemedicine for cancer, heart diseases, diabetes, and stroke. The survey was conducted with the purpose of collecting the reliable baseline data on key indicators such as select NCDs, risk factors and health systems response related to the National NCD monitoring framework and its Action Plan. The survey also highlights the need of improving the comprehensive multi-sectoral approaches that focussed on both prevention and management of NCDs.

The WHO survey found that 45% of NCDs are caused due to physical inactivity.

The government launched the Fit India Movement that gained momentum to raise awareness. More gyms and exercise centers will also help inn reducing the need for hospital infrastructure. A Framework for Telemedicine use in Management of Cancer, Diabetes, Cardiovascular Disease and Stroke in India was also released. Telemedicine comprising of the tele-consultation, tele-monitoring and tele-triage will help in building the continuum of care model for major NCDs.