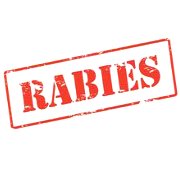 Union Minister for Health and Family Welfare, Mansukh Mandaviya and Minister of Fisheries, Animal Husbandry and Dairying, Parshottam Rupala released the “National Action Plan for Dog Mediated Rabies Elimination by 2030 (NAPRE)” on the occasion of “World Rabies Day” on September 28, 2021

The NAPRE was drafted by the National Centre for Disease Control (NCDC) in association with the Ministry of Fisheries, Animal Husbandry, and Dairying. Its approach for elimination of rabies is based on recommendations of several international agencies WHO and the Global Alliance of Rabies Control (GARC). It was prepared on the basis of 5 major pillars- political will, intersectoral planning, sustained funding, community planning, coordination & review, and operational research.

NAPRE has been launched with the aim of reducing human deaths, caused due to dog-mediated rabies, to zero by 2030. This aim will be achieved through sustained mass dog vaccination and appropriate post-exposure treatment.

Status of Rabies in India

Rabies is a vaccine-preventable viral disease. It occurs in more than 150 countries and territories. Primary source of the Rabies are Dogs. Human rabies deaths contribute up to 99% of all rabies transmissions in humans. India is endemic for rabies, accounting for 36% of total deaths across the world.