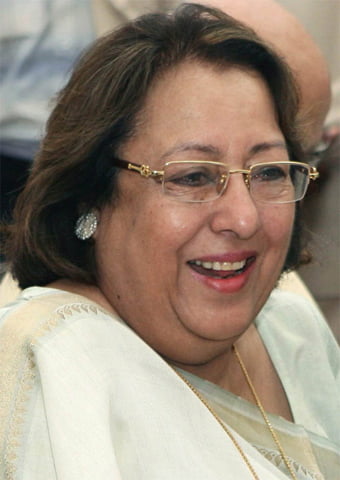 President Pranab Mukherjee has appointed former Union Minister Najma Heptulla (76) as Governor of Manipur.
She had served as Union Minority Affairs Minister in the Union Cabinet of NDA Government led by Prime Minister Narendra Modi. But she had resigned in July 2016.
Besides President also appointed

There appointments will take effect from the dates the incumbents assume their charge.
Constitutional provisions of Governor