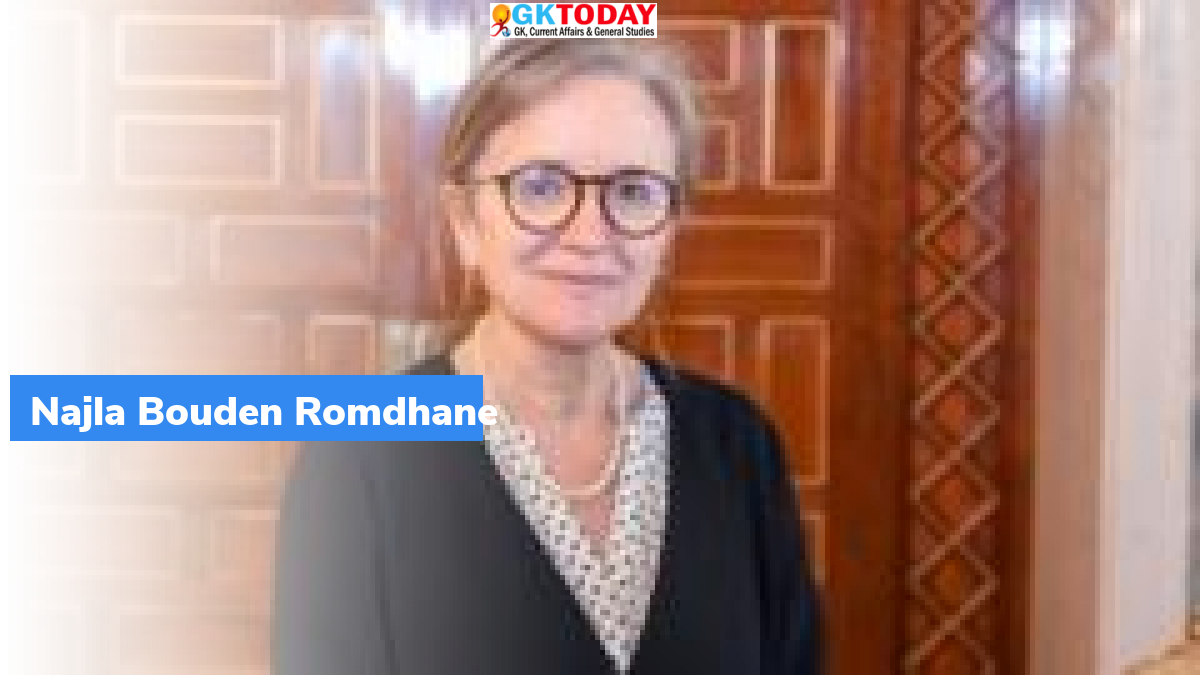 What challenges she will face?

Who is Najla Bouden Romdhane?

Romdhane is a professor of geology at the National School of Engineers in Tunis. She was born in the year 1958 in Tunisia’s central Kairouan province. Before appointed as prime minister, she was assigned to implement programmes with the World Bank, by the Ministry of Higher Education and Scientific Research. In 2011, she worked as the director-general in charge of quality at Ministry of Higher Education.

Tunisia is the northernmost country of Africa. It is bordered by Algeria, Libya and the Mediterranean Sea. It also comprises eastern end of the Atlas Mountains and northern reaches of the Sahara Desert.