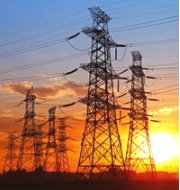 Government has signed four MoUs under Ujwal DISCOM Assurance Yojana (UDAY) Scheme with Nagaland and UTs of Andaman & Nicobar Islands, Dadra & Nagar Haveli & Daman & Diu for operational improvements. With this, 27 States and 4 UTs have joined UDAY till date.
These State/UTs have joined only for operational improvement and shall not undergo financial restructuring and issue of bonds under the scheme. These MoUs will pave way for improving operational efficiency of Electricity Departments or DISCOM of these State/UTs.

UDAY Scheme was launched by Union Power Ministry for financial turnaround and revival package for state electricity distribution companies (DISCOMs). It aimed to help to make discoms financially and operationally healthy so they can supply adequate power at affordable rates.
The scheme is optional for the states to join. Under it, state governments were to take over up to 75% of their respective discoms’ debt by issuing sovereign bonds to pay back the lenders. Remaining 25% of debt will be issued by discoms in the form of bonds.
UDAY envisages to have a permanent solution for past as well as potential future issues of power sector such as reducing interest burden ondiscoms by allowing states to take over the bulk of their debt, reduce the cost of power, increase operational efficiencies of discoms by providing capital and infrastructure like coal linkages and reduce in AT&C and transmission losses.