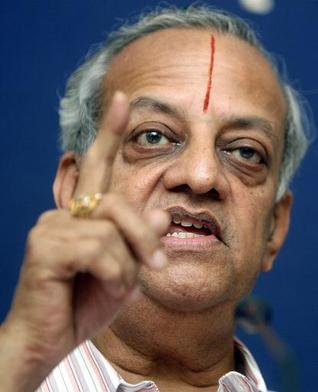 The Union Ministry of Culture has named N.Gopalaswami as the Chairman of the governing board of the Kalakshetra Foundation. Gopalaswami is a former IAS officer belonging to the Gujarat cadre, and former Chief Election Commissioner. He will act as Chairman for a duration of five years.
His predecessor was Gopalkrishna Gandhi who resigned in May this year.

Kalakshetra was founded in 1936 by Rukmini Devi Arundale to nurture India’s artistic traditions. It is located in Besant Nagar, Chennai. It is a cultural academy that aims to presere the traditions of the Bharatanatyam dance form and traditional music.
In January 1994, the Central Government passed a legislation to recognize the Kalakshetra Foundation as an ‘Institute of National Importance’.
Kalakshetra’s current Director is Priyadarshini Govind.