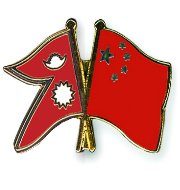 The second edition of Nepal-China joint military exercise named Mt Everest Friendship Exercise-2018 (Sagarmatha Friendship-2018) commenced in China’s southwestern Sichuan province. The 12 day long joint exercise will focus on combating terror and disaster management trainings. Sagarmatha is the Nepali name for Mt Everest, which stands in between both the countries.

This will be the second time that Nepal Army will participate in joint military drill with People’s Liberation Army (PLA) of China.  The first such exercise was held in April 2017 at Nepal Army’s Para Training School in Maharajgunj in Kathmandu (capital of Nepal). This joint exercise is aimed at promoting military relations and enhance interoperability between armies of Nepal and China. In second edition of exercise, 12 military personnel from Nepali Army will visit China. It will mainly focus on anti-terrorism activities. Besides disaster management training will also be imparted in this edition of exercise.

The joint training with China marks the Nepal’s extension of military diplomacy. Nepali army has long been conducting joint military drills with countries like India and United States. This exercise does appear unconventional as Nepal has been conducting battalion-level exercises named ‘Surya Kiran’ with the Indian Army for last 13 years, engaging some 300 personnel from both sides (It is largest exercise in terms of troop’s participation in series of military training exercises undertaken by India with various countries). Besides, Nepal’s bilateral military engagement with China does not violate India-Nepal Treaty of Peace and Friendship (1950) which permits free movement of people and goods between the two countries and a close relationship and collaboration on matters of defence and foreign affairs