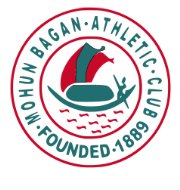 Mohun Bagan FC has won the 2016 Indian Federation Cup football tournament title for the 14th time. They have won the tournament after a gap of 8 years and last was won in 2008.
In the final match played at the Indira Gandhi Athletic Stadium in Guwahati (Assam), they defeated Aizawl FC by 5-0 goals.
For Mohun Bagan FC the Jeje Lalpekhlua scored two goals while Haitian Sony Norde, Dhanachandra Singh and Bikramjit Singh scored one each.
Aizawl FC for the first time had played in the final match. They had defeated I-League champions Bengaluru FC in the quarterfinals before getting the better of Sporting Clube de Goa to book a place in the Final for the first time.
About Federation Cup