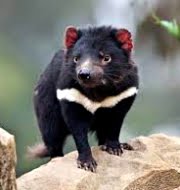 Scientists from University of Sydney (Australia) have found that mother’s milk from marsupials (also known as Tasmanian devils) could help to deadly superbugs which resist antibiotics.
They have found that peptides in the marsupial’s milk killed resistant bacteria, including methicillin-resistant golden staph bacteria and enterococcus that is resistant to powerful antibiotic vancomycin.
Scientist are hopeful marsupial peptides could eventually be used to develop new antibiotics for humans to aid the battle against superbugs.
What are Superbugs?
Superbugs are deadly bacteria which cannot be treated by current antibiotics and other drugs. According to recent British study, Superbugs could kill up to 10 million people globally by 2050.
What Scientists have found?