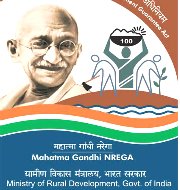 The MGNREGA (Mahatma Gandhi Rural Employment Guarantee Employment Act) scheme released its financial statement recently. According to the statement, almost 96% of the money has already been spent. Only 2,500 crores of rupees is left to sustain the scheme for the next two months.

According to the financial statement of the scheme, 15 states are in red meaning, there is fund depletion or fund unavailability. Among all the states, Rajasthan has the highest negative net balance of Rs 620 crores. Following Rajasthan, Uttar Pradesh had a negative net balance of Rs 323 crores. The budget allocated to the scheme was Rs 60,000 crores and is less as compared to the previous years.

The pending dues in the state of Rajasthan is alone Rs 1,950 crores. Under the scheme, 75% of the wages should be paid within 15 days of time period. However, there is delay in the payment currently due to lack of funds. This will create lack of confidence among the citizens over the scheme.