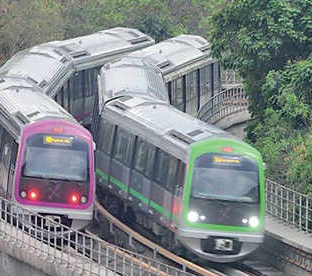 The Metro rail Policy 2017 was released by the central government to issue clear directives for undertaking Metro rail projects in various urban centres. The policy was a welcome change from the meandering development in the Metro rail sphere happening all over the country.

The Metro Policy 2017 laid out three significant conditions for catalyzing the development of Metro rail systems. They are:

Metro policy 2017 is a well-thought-out plan but it has left some gaps. The gaps lie in the details of the policy. The following amendments must be made to make the policy more effective:

India is witnessing a rapid pace of urbanisation. It has become important to introduce an efficient transport system. Hence it has become an urgent need for introducing these amendments to the policy to ensure that the Metro rail projects are finalized after a holistic assessment. This will ensure that projects run smoothly once they are put into operation.