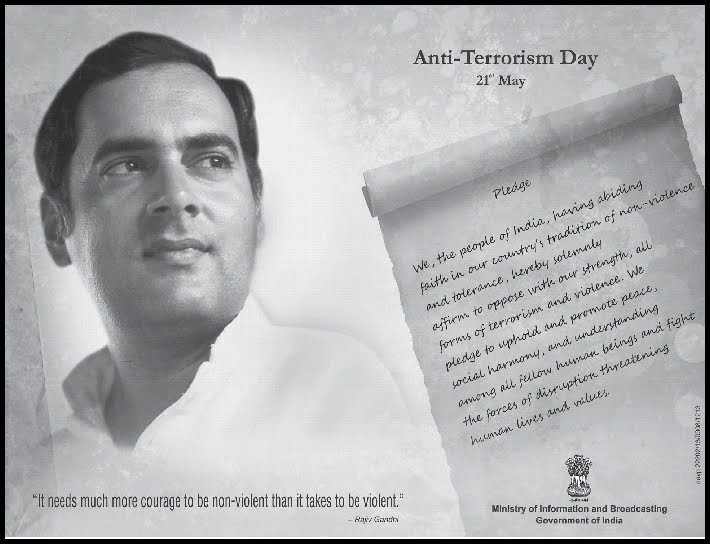 May 21, the death anniversary of ex-PM of India, Shri Rajiv Gandhi is also observed as Anti Terrorism Day all over the country. It was on May 21, 1991 that former Prime Minister Rajiv Gandhi fell to the designs of terrorists.
Objective:

On this day an Anti-terrorism pledge is taken in all government offices, PSUs and other public institutions.