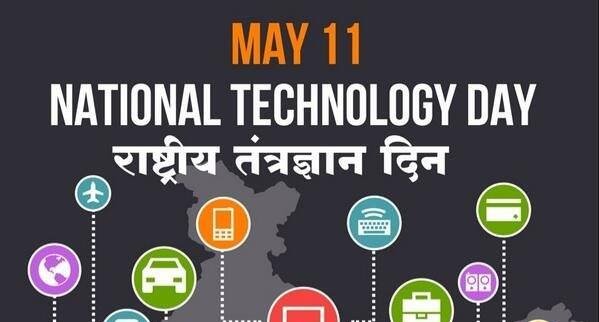 Every year, National Technology Day is observed on May 11, 1974 in order to remind India’s technological advancements. This year the day is being observed under the theme

Theme: Focusing on Rebooting the economy through Science and Technology.

May 11 was also the day the DRDO (Defence Research Development Organization) accomplished the test of Trishul missile. It also marks the flight of first indigenous aircraft called Hansa-3.

The code name of first phase of Operation Shakti was “Smiling Buddha”. It was conducted in May 1974. The second nuclear test, the phase II of Operation Shakti, conducted in 1998 was also called Pokhran II and was a series of 5 tests of nuclear bombs. It was led by the late President Dr Shri APJ Abdul Kalam. After this successful test, PM Vajpayee called India a complete nuclear state.

These nuclear tests brought several sanctions against India. The major countries that imposed sanctions on India were USA and Japan.