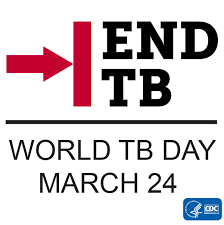 The World Tuberculosis Day (WTD) is observed every year on March 24 to raise public awareness about the global epidemic of Tuberculosis (TB) and efforts to eliminate the disease. WTD is observed to commemorate discovery of Mycobacterium tuberculosis, bacillus (bacteria) causing TB on 24th March, 1882 by German microbiologist Robert Koch. This discovery had opened the way towards diagnosing and curing TB.
The theme of World TB Day 2018 is “Wanted: Leaders for a TB-free world”. It focuses on building commitment to end TB, not only at political level with Heads of State and Ministers of Health, but at all levels from Governors, Mayors, parliamentarians and community leaders to people affected with TB, civil society advocates, health workers, doctors or nurses, NGOs and other partners.
This is critical theme, given political importance of upcoming United Nations General Assembly high-level meeting on TB this year, which will bring together Heads of State in New York. It follows on from a very successful Ministerial Conference on Ending TB in Moscow on 16-17 November, 2017 which resulted in high-level commitments from Ministers and other leaders from 120 countries to accelerate progress to end TB.

TB is disease caused by bacteria “Mycobacterium tuberculosis” that most often affect the lungs. The disease is spread from person to person through the air.  It commonly affects the lungs but can also affect other parts of the body. It is the second biggest killer disease worldwide next only to HIV/AIDS. World Tuberculosis Day (WTD) is one of eight official global public health campaigns observed by the World Health Organization (WHO). Observance of the day provides opportunity to shine the spotlight on disease and mobilize political and social commitment for accelerate progress to end TB.