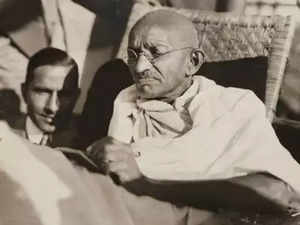 The National Library of Israel unveiled an 80 – year old handwritten letter by Mahatma Gandhiji on the day World War II broke out. He had wished the Jewish people an era of peace in his letter.

Gandhiji had addressed the letter the Bombay Zionist Association that was struggling to turn the support of Indian leaders in favor of the movement to establish a home for the Jews.

When was the letter written?

The letter was written by Gandhiji on the occasion of Jewish new year, that is, on September 1, 1939. It also marked the day when Germany invaded Poland and set the world at war.

The letter was addressed to Shohet

Shohet saw the movement as the only way to unite the Jewish population in India. It included the wealthy Baghdadi Jews, local European Jews and Israelian Jews. As Gandhiji remained silent on the killing of Jews Shohet wanted to win him over his side. However, he couldn’t convince Mahatma to become an active defender of European Jews.

The Israeli Armed forces stormed the Al-Aqsa Mosque recently. The fight in the country has been incr...

A massive stampede at Meron, a Jewish Pilgrimage site in Israel killed at least 44 people. This was ...