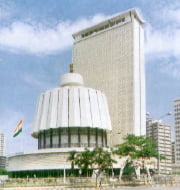 The Maharashtra legislature has unanimously passed the Maharashtra Prohibition of People from Social Boycott (Prevention, Prohibition and Redressal) Bill, 2016 to end the menace social boycott practiced by extra-judicial institutions like caste and community panchayats.
With this Maharashtra became first state in the country to adopt a comprehensive law to root out oppression carried out by parallel justice delivery system (kangaroo court) in the name of age old traditions, caste and religion.
Key Features of Bill

Background
In recent times, Maharashtra had witnessed an increasing number of incidents of social boycott and violence at the orders of caste panchayats. However, existing laws were found to be inadequate in dealing with such practices. For years, number of activists and academicians in the state were demanding stringent law to root out menace of social boycotts from the state.