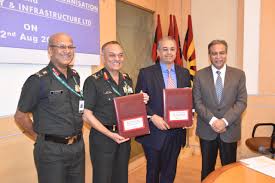 Rural development ministry of Maharashtra government announced exemption of Gram Panchayat property tax for all serving and retired soldiers in Maharashtra. The resolution has been issued on that matter.

The moves have been taken to honor the soldiers who risk their lives, to save the country.

Previously the recipients of defence gallantry awards were excluded from levying such kind of tax.

Every village panchayat has the power to levy property taxes in its area. Article 243H of the Constitution Of India gives powers to impose taxes by, and Funds of, the Panchayats.

What are the sources of the fund of Panchayats?

The Panchayats are heavily dependent on the grants provided by the Union and concerned state governments. The Village Panchayat is assigned with most of the taxation powers, while the other two tiers of Panchayati Raj are largely dependent on tools, fees, and no-tax revenue for resource generation.