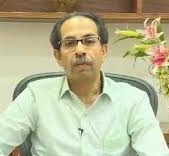 Maharashtra government has announced for creation of a new award named “Rajiv Gandhi Award for Excellence in Information Technology (IT)”.

Why this award will be presented?

According to Minister of State for Information and Technology, Satej Patil, award will be given to institutions and companies for their outstanding performance in information technology sector on the occasion of birth anniversary of former prime minister Rajiv Gandhi.

When award will be presented?

The award will be announced on August 20, 2021. It was decided to announce this award at a meeting of IT department on July 7.

Who are eligible for the award?

Who will present the award?

Award will be presented by Chief Minister Uddhav Thackeray.

Who will propose the award?

Maharashtra IT Corporation Limited (MAHA-IT), a state government enterprise, has been appointed a nodal agency to propose the newly constituted award.