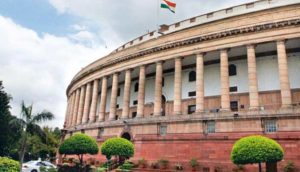 The objective of the Course

According to the Lok Sabha Speaker Om Birla, the knowledge of this language is very much relevant in today’s interconnected world and is a necessary skill for success in different fields. The language will bring people together and help improve their skill and efficiency as languages generally enrich us and bring people together.

Details of the Initiative

This initiative is undertaken by the Parliamentary Research and Training Institute for Democracies (PRIDE) which remains committed to learning and research. In the near future, the Lok Sabha will launch courses in German, Spanish, Russian and other important world languages so that more such cooperation can be ensured with various countries.

It was set up in 1976 as BPST and is an integral part of the Lok Sabha Secretariat to provide parliamentarians, parliamentary staff and others with institutionalized opportunities for systematic training in the various disciplines of parliamentary institutions, processes and procedures, etc. The activities of PRIDE include: