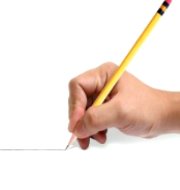 National Sample Survey Office (NSSO) survey has pegged literacy rate in the rural areas at 71 per cent and 86 per cent in the urban areas in year 2014.
It was revealed in NSSO’s 71st Round of survey on Social Consumption: Education which was conducted from January to June 2014.
As per the NSSO survey

The 71st Round of survey had covered entire country with samples taken from 29,447 households in urban areas and 36,479 households in rural areas from 3,720 urban blocks and 4,577 villages.