Lalji Tandon, Governor of MP, Passes Away at 85 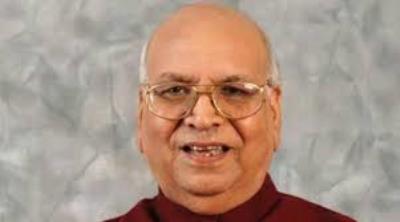 Madhya Pradesh Governor Lalji Tandon, who was admitted to a hospital a few days ago, died on July 21 at the age of 85 years. The news has also been confirmed by his son, Ashutosh Tandon.

He was hospitalized because of breathing problems and fever and was put on critical case ventilator support. The present governor of Uttar Pradesh, Anandiben Patl, has been given additional charge of Madhya Pradesh, since Tandon fell ill a few days ago.

Born in 1935, Lalji Tandon was one of the senior leaders of the BJP and was also a protégé of the former Prime Minister Atal Bihari Vajpayee. He served as the member of Uttar Pradesh Vidhan Parishad for two terms, one from 1978-84 and another from 1990-96. He was also a member of the Legislative Assembly of the state for three terms, 1996-2009 and served as the Leader of Opposition in the state from 2003 to 2007. During the tenure of Mayawati, Tandon served as the Urban Development Minister in the Uttar Pradesh government and he was also there in Kalyan Singh’s cabinet in the state.

In 2009, Tandon was elected as the MP from Lucknow, the same seat held by his mentor Vajpayee for four consecutive terms since 1991.

After retirement from active politics, he was appointed as the Governor of Bihar where he was instrumental in administering the academic activities of the state activities strictly and effectively. Since July 2019, Tandon has been the Governor of Madhya Pradesh.