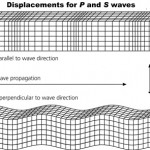 Ladakhi Shondol dance has created history by breaking into Guinness book of world records as the largest Ladakhi dance. The Shondol dance was gracefully performed by about 408 women artists in traditional dresses on the occasion of the Annual Naropa Festival.

The folk dance namely Shondol broke its previous record of 299 artists dance of Shondol in the 2018 festival.

It is known as the ‘royal dance of Ladakh’. It is famous dance which was earlier used to be performed by artists for King of Ladakh on special occasion.

This years’ dance was organised by Live to Love India, Drukpa Charitable Trust and Young Drukpa Association. During the festival, it was not only focused on Zero usage of Plastic but also sensitise religious and community leaders on plastic waste management and recycling.