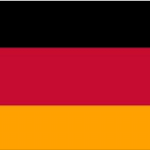 The ongoing COVID-19 situation has increased the concerns about job losses across the world. In this context, Germany’s partial compensation policy is being discussed.

The term ‘kurzarbeit’ in German means ‘short work’. It is a policy introduced by Germany during the 2008 economic crisis to partially compensate the lost wages of the workers. Its origin dates even further back- early 20th century, before and after the First World War.

Workings of the Scheme

The scheme is for addressing the issue of wage loss faced by employees during times of economic crisis, often accompanied by job losses. The government pays part for the workers’ lost income. This also enables the companies to retain their workers instead of laying them off. It enables the workers to sustain themselves for up to 12 months. Currently, the companies can announce short time work if the decline in demand results in a lack of work for at least 30% of its workforce. The German government is planning to bring down the ceiling to 10

Payment under the Scheme