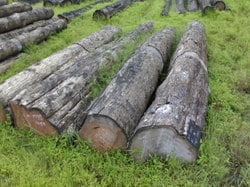 Kerala’s Nilambur teak known internationally for its superior timber quality and elegant appearance will be added to the list of Kerala produces with the Geographical Indication (GI) tag.
In this regard, IPR Cell of the Kerala Agricultural University (KAU) with the support of the Nilambur Teak Heritage Society, the Kerala Forest Research Institute (KFRI) and the Department of Forests have applied for GI tag.