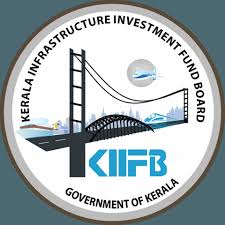 Kerala Infrastructure Investment Fund Board (KIIFB) is going to issue masala bonds worth Rs. 5,000 crore to mobilise funds for various development works. KIIFB has appointed Standard & Poor’s and Fitch Ratings for rating the masala bonds issue. The bonds will be listed in London and Singapore stock exchanges. The funds will be raised in tranches over period of 10 years.

KIIFB
It is Kerala government owned financial institution. Its mandate is to mobilize funds for infrastructure development from outside state revenue. It is statutory body constituted by Kerala Infrastructure Investment Fund Act, 1999.

Masala bonds are rupee-denominated bonds through which Indian entities can raise money from foreign markets in rupee and not in foreign currency. Basically, it is debt instruments used by corporates to raise money from foreign investors in local currency. The issuance of rupee denominated bonds transfers risk associated with currency fluctuations to investors and not to the issuers. This is especially during depreciation of domestic currency and when borrowing is in foreign currency as company has to pay more while repaying its debt, or while servicing interest on such borrowings if the rupee weakened. From the issuer’s perspective, masala bonds provides cheaper borrowings compared to raising funds in India besides helps in diversifying its sources of fund-raising. Besides, it also helps in internationalization of the rupee and in expansion of Indian bond markets. Its issuance in long term can help to check slide of rupee and also reduce current account deficit over time.