Kerala CM rules out the closing of liquor shops 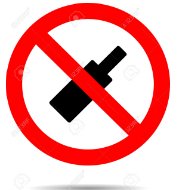 The Chief Minister of Kerala ruled out closing down liquor shops in the state as part of the state-wide lockdown.

The revenue from the liquor sector in the state is significant. The government is reluctant to shut down the revenue source especially given its struggling financial conditions. The state is affected by the demonetisation exercise, GST implementation and also the economic impact of the floods. The current COVID-19 situation has added to the burden. There are also concerns about ‘social consequences’- such as emotional impact and consumption of illicit liquor.

Sale of Liquor in Kerala

The sale of liquor in Kerala is under the monopoly of Kerala State Beverages Corporation (BEVCO)- a public sector unit. It sells Indian-made Foreign Liquor (IMFL), beer and wine in 14 districts through more than 300 retail outlets. A smaller seller of liquor in the state is Consumerfed (an apex body of consumer cooperatives).

The revenue from the liquor industry has been increasing steadily in Kerala, especially during festive season. In 2018-19, the revenue from liquor was 14,504 crore INR. There was a 12% increase in sale from 2017-18 to 2018-19, raking in about 1,567 crore INR more for BEVCO from previous year. Through sales tax and excise duty on liquor, the government earned 11,000 crore INR last year.