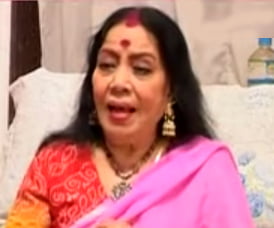 Kathak queen and legend Sitara Devi passed away. She was 94. She was living legend and a renowned exponent of the classical Indian dance Kathak and was well known for her own niche style of Kathak.
About Sitara Devi

Kathak, which literally means ‘katha’, is a narrative drama which has evolved out from ancient times. It is one of the eight forms of Indian classical dance.