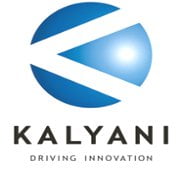 India’s Kalyani Group and Israel’s Rafael have partnered to produce Spike Anti-Tank Guided Missiles (ATGM) in India.
In this regard both the entities have formed a manufacturing Joint Venture (JV) and this move is considered to deepen India-Israel strategic cooperation.
The manufacturing JV will be as per the Foreign Direct Investment (FDI) guidelines which means that the 51% ownership stake in JV will hold by the Kalyani Group.
The FDI proposal in this regard was cleared by Defence Acquisition Council (DAC) in October 2014 which was chaired by then Defence Minister Arun Jaitley. The FDI deal was worth 3,200 crore rupees and comprises order of 300 plus launchers and 8,000 plus Spike ATGM missiles.
Spike Anti-Tank Guided Missiles (ATGM): It is a 3rd generation, man-portable, fire-and-forget, anti-tank missile.  Designed and developed by Israeli company Rafael Advanced Defense Systems.
In case of India’s requirement, there is need of about 40,000 missiles to equip the Indian Army’s 382 infantry battalions and 44 mechanised regiments.