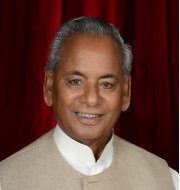 Rajasthan Governor Kalyan Singh has sworn in as the 26th Governor of Himachal Pradesh.
He was administered oath of office by Himachal Pradesh High Court Chief Justice Mansoor Ahmed Mir at oath taking ceremony held at Raj Bhawan in Shimla.
He was given an additional charge of Himachal Pradesh after then governor Urmila Singh, completed the full five year term on January 24.

Article 153: It says that there shall be Governor for each state. But 7th Constitutional Amendment Act, 1956 facilitated the appointment of the same person as a governor for two or more states.