K.N. Tripathi sworn in as Governor of Mizoram 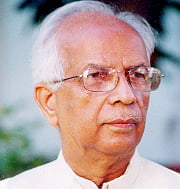 Article 153 of Constitution- It says that there shall be Governor for each state. 7th Constitutional Amendment Act, 1956 facilitated the appointment of the same person as a governor for two or more states.